Unsupported Screen Size: The viewport size is too small for the theme to render properly.
Skip to content

The Dallas Business Association was created in 1973 by a group of prominent Dallas business owners who desired to form an organization whose primary objective was assisting each other in promoting their respective businesses.

In those early days the word “networking” was an unknown term, but as we all know, today networking has a place in the life of every business owner. 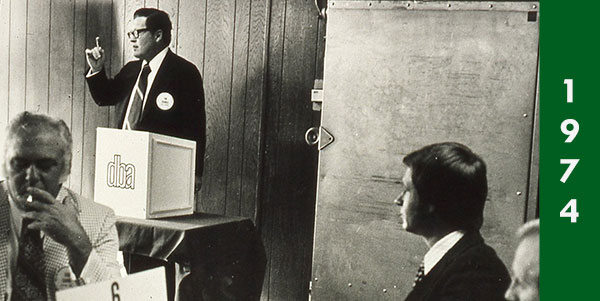 DBA meets every Tuesday at 7:30 to 8:30 a.m. for networking, breakfast, and a brief presentation.

Until further notice our weekly meeting is held virtually via Zoom

Our meetings are educational, whether we have a guest speaker or hear from a member about their business. It’s nice to have the opportunity to learn something new each week.

The information on the Dallas Business Association’s website is intended to be used for general information purposes only. Nothing on this site shall constitute professional advice or counseling or an endorsement or recommendation of a particular product, service, company or individual. The Dallas Business Association, Inc. makes no express or implied warranties or representations of any kind.